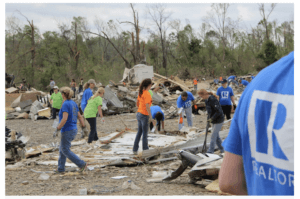 The REALTORS® Relief Foundation (RRF) is a charitable organization dedicated to providing housing-related assistance to victims of disasters. Created as a REALTOR®-driven response to the 9/11 terrorist attacks. In the 20 years since the REALTORS® Relief Foundation was founded, the members and partners of NAR and its State and Local Associations have done remarkable work to keep roofs over the heads of those in their communities. Furthermore, it is their generosity and financial support that has enabled RRF to distribute the more than $33 million that has done immeasurable good for people affected by natural disasters.

The ultimate goal of the Foundation is to never say ‘no’ to those in need during a time of disaster. Achieving this vision will take time, but every journey must begin somewhere. With nearly $1.7 million granted by RRF on average each year, this effort is just the beginning of the Foundation’s journey to never say “no.”

We don’t know where or when disaster may strike next, but we know that RRF, NAR, and the REALTORS® they represent, and affiliate organizations will be ready and able to help.

Disasters The RRF Assisted With.

Relief for Victims of Washington Wildfires

The 2015 wildfire season was the largest in Washington state history, with more than one million acres burning across the state from June to September. The fires destroyed hundreds of homes.

Michael Schoonover, President of Washington REALTORS® at the time, wrote: “The economic impact of these fires to the people living in these regions is astronomical. They have lost their homes and businesses. Thanks to the RRF, the members of the Association that most likely helped these individuals purchase their homes, will now be able to provide housing-related financial assistance to the victims of the fires. The RRF truly shows the power of the “R” and we appreciate all that our friends and colleagues around the country do to keep the RRF strong.”

Relief for Victims of Hurricane Sandy

In October 2012, Hurricane Sandy affected 24 states, including the entire eastern seaboard from Florida to Maine. A voluntary cooperative effort with the New Jersey and New York state associations provided mortgage and temporary rental assistance to victims of the storm. A total of $919,300 in financial assistance grants for this purpose was distributed to 666 families.

Relief for Victims of Storms Irene and Lee

In April 2011, deadly tornadoes ripped through Missouri, Alabama, and other states resulting in widespread devastation. Hundreds lost their lives and thousands were left without homes. NAR’s REALTORS® Relief Foundation and the Alabama REALTOR® Disaster Relief Fund provided aid to over 150 families during the rebuilding efforts. 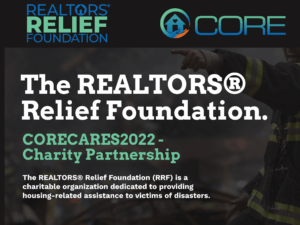 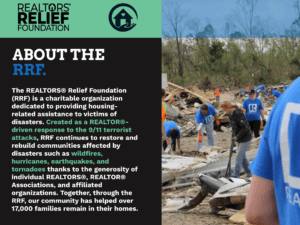 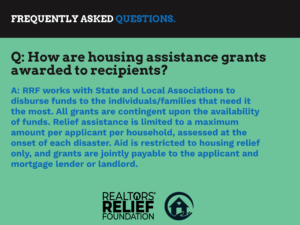 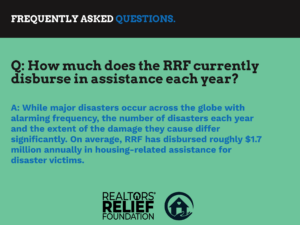 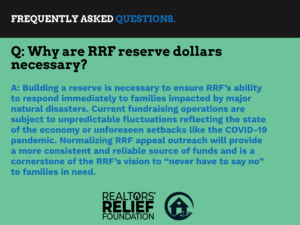 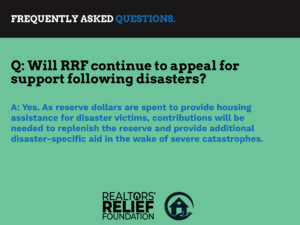 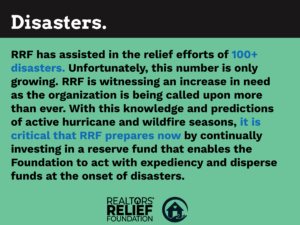 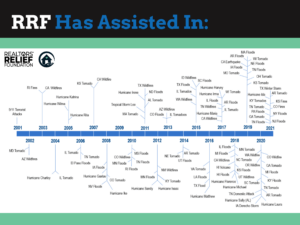 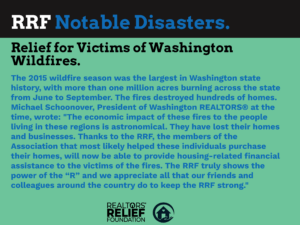 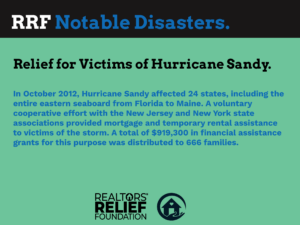 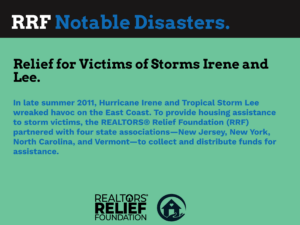 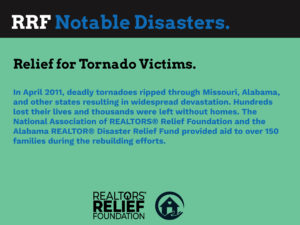 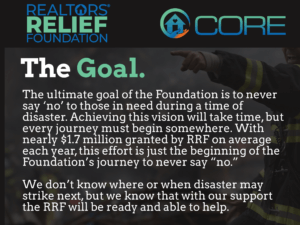 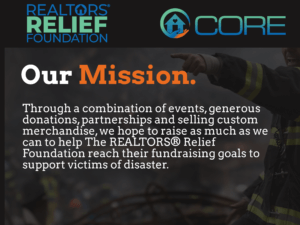 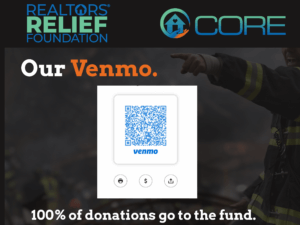 Want us in your inbox?

Show Me
The Money.

Ready to bring in the closer?

Need to talk to someone? Email support

You are the smartest person alive!

Thanks, you're done for now.

Someone from our team will reach out soon to put the finishing touches on this baby.

site by Think it First